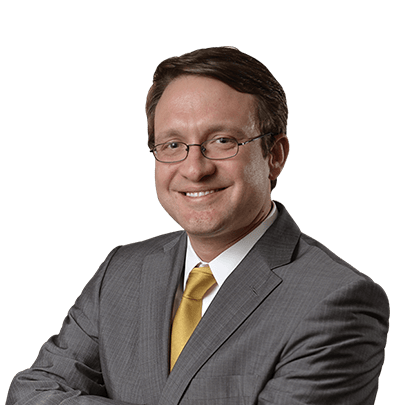 Jason’s career highlights include representing over 300,000 American corn farmers as part of the leadership team appointed by a federal court In re Syngenta AG MIR162 Corn Litigation. Jason and a team of lawyers assembled from around the country brought a nationwide class action against Syngenta releasing a genetically modified corn seed that shut down American corn exports to China. Jason served on the trial team which obtained a $217,700,000 jury verdict against Syngenta on behalf of 10,000 Kansas corn farmers – the 10th largest jury verdict in the United States in 2017. The historic verdict resulted in a $1.51 billion global settlement for American corn farmers and stands as the largest recovery in an agricultural litigation case in the history of the United States.

Before moving to Hare, Wynn, Newell & Newton’s home office in Birmingham in 2018 to devote his practice to complex litigation, Jason served as the managing partner of the firm’s Little Rock office and handled cases ranging from personal injury, to environmental contamination, to contract disputes, and recovered millions on behalf of his clients. He has been featured as a top trial lawyer by publications such as Super Lawyers, Best Lawyers, and the National Trial Lawyers.

Service to others and his community has always been a priority to Jason. He serves on the Board of the Alabama Head Injury Foundation, which provides help to victims of traumatic brain injury. He served as an officer and board member of the Downtown Little Rock Kiwanis, which supports the Joseph Pfeifer Kiwanis Camp – a nationally-recognized program that provides mentoring and education to at-risk youth. Jason also served on the board of Philander Smith College, a historically black liberal arts college.

While in law school at the University of Arkansas at Little Rock William H. Bowen School of Law, Jason was a member of both the Law Review and Trial Team.

As the managing partner of the firm’s Little Rock office, Jason is involved in all aspects of the firm’s Arkansas personal injury practice.

In addition to his work helping people injured in a variety of workplace and other accidents, Jason serves on the Hare, Wynn, Newell & Newton complex litigation team, which handles class and mass actions throughout the country. As part of the lead counsel trial team in the federal multi-district litigation In Re Syngenta GMO Corn Litigation MDL No. 2591, Jason represented American corn farmers in twenty-two states, resulting in a verdict of nearly $218 million- the 10th largest jury verdict in the United States in 2017. The historic verdict resulted in a $1.51 billion global settlement for American’s corn farmers and stands as the largest recovery in an agricultural litigation in the history of the United States. Jason also serves as co-lead counsel in a class action involving Arkansas accident victims who have been further harmed by the deceptive billing practices of a national hospital chain.