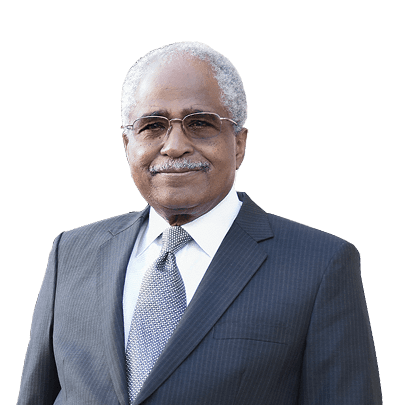 Ralph Cook has been a trial lawyer for nearly 50 years. Throughout 24 years of his career, he served as a trial judge, district court judge, circuit court judge, and as a family court judge. He has extensive experience in just about all areas of the law. Judge Cook was later appointed as an associate justice of the Supreme Court for the State of Alabama in 1993, and became an elected justice of the Alabama Supreme Court in 1994, serving until January of 2001. His role as a Supreme Court Justice was to review all areas of the law. Needless to say, Justice Cook brings a wealth of great knowledge and experience to Hare, Wynn, Newell & Newton. Justice Cook has been Of Counsel for the firm from 2001 to 2013, and after a short stint as the city attorney for Birmingham, he has rejoined the team at Hare, Wynn, Newell & Newton once again.

He recalls the early years of “old Alabama” when times in the state were much different. His vision to affect change in Alabama was the catalyst for attending law school. Ralph and his wife, Charlsie, have raised three children together, and when he’s not in the office he enjoys fishing, golfing and traveling with his wife.

Justice Cook, the second of three children of Joe and Nannie Cook, was born in Birmingham, Alabama. Justice Cook was educated in the public schools of Jefferson County, Alabama. After receiving a bachelor of science degree at Tennessee State University in Nashville, Tennessee, Justice Cook received his juris doctor degree from Howard University School of Law in Washington, D.C.