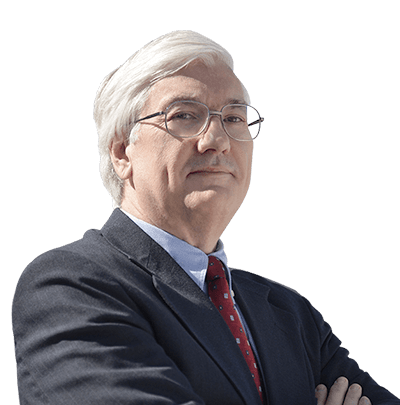 Bruce has been practicing law for 35 years and has been with Hare, Wynn, Newell & Newton for over 30 of those years. Bruce began his legal career in his hometown of Florence, Alabama, after which he served as the central staff attorney for the Alabama Supreme Court.

The intellectual aspect of the law – researching and trying to find answers to new questions – is what draws Bruce to his profession. To this end, Bruce has served as a professor of law at the Thomas Goode Jones School of Law of Faulkner University and at the Cumberland School of Law of Samford University, where he later served as the assistant dean. In 1989, he joined the Hare, Wynn, Newell & Newton firm, but continued to teach civil procedure as an adjunct professor at Cumberland for the next 17 years.

Within the Hare, Wynn, Newell & Newton firm, Bruce is responsible for most of the firm’s appellate work. At the trial court level, he handles the research and writing of unique or difficult issues, especially on subjects relating to procedure, jurisdiction, and tort law theory. He also devotes much of his time to researching issues and investigating relevant matters for cases the firm is considering.

Bruce has been married for over 30 years, and has two children, Justin and Kathleen. He loves to travel, and has spent many spring breaks and summers exploring the world with his family. He enjoys the warmth and comradery of his work family and feels that the ultimate reward of his job as a lawyer is the opportunity to make a difference in his clients’ lives.

Bruce attended the University of Alabama during his undergraduate years, and earned his law degree from Columbia University in New York. In 1984, Bruce furthered his legal education with an LL.M from the University of Virginia School of Law.

In addition to sharing his intellectual curiosity in the law as a professor at several law schools, Bruce has always been active in a wide variety of professional law-improvement organizations.

For example, for 15 years, he was a member of the Uniform Law Commission, whose mission is to provide the states with non-partisan, well-conceived, and well-drafted legislation that brings clarity and stability to critical areas of the law. Bruce has also served on several Alabama Supreme Court rules advisory committees. In the role of advocate, he has, for nearly 20 years, worked on or with the amicus curiae brief committee of the Alabama Association for Justice (formerly, Alabama Trial Lawyers Association). Currently, Bruce serves on several Alabama Law Institute drafting committees that prepare proposed legislation for Alabama.