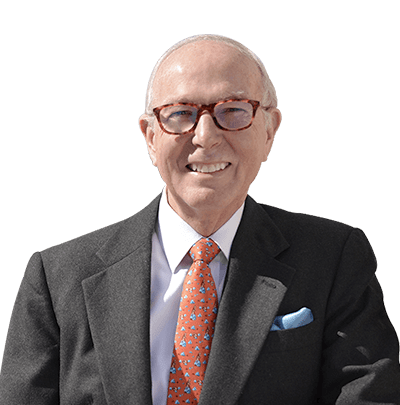 Attorney John W. Haley grew up in Birmingham and has been practicing law for the past 35 years. As a child, John’s father—a sharecropper’s son who became a lawyer and ultimately a judge—instilled in him the belief that a career in law was the best profession one could have. John followed his father into the legal world and is grateful for his father’s example and the opportunities he has enjoyed.

After serving in the military and attending the Cumberland School of Law, John became one of the founding members of Noojin, Haley, and Ashford in 1975. For several years, he handled any case that came through the door—divorces, DUIs, collections, involuntary commitments, criminal matters, bankruptcy, probate, and tort cases. When his firm became part of Hare, Wynn, Newell & Newton in 1980, John had the wide breadth of legal experience to handle all types of personal injury and wrongful death cases, as well as complex commercial and business litigation.

John has been married to his wife Sandy for more than 45 years, and has a beautiful, grown daughter. He loves animals, and is the “proud parent” of a pit bull and a poodle. John loves to be outdoors, and includes boating, kayaking, and sailing as a few of his favorite activities.

John Haley loves being in the courtroom and has tried hundreds of cases—a feat that many young attorneys today may never experience. John was a founding member of Noojin, Haley & Ashford, which in 1980 became part of Hare, Wynn, Newell & Newton. For the next 15 years, John handled a wide variety of personal injury and wrongful death cases. He also handles the appeals of most of his cases and has argued before the Supreme Court of Alabama and the Alabama Court of Civil Appeals on numerous occasions.

John’s practice grew in the 1990s to include many class-action lawsuits in the corporate world, including a case against BP Oil for discriminatory pricing and a later similar claim against Shell Oil. He has represented more than 3,000 pharmacists in a collective action against CVS for violating the Fair Labor Standards Act and was also lead counsel in a class action alleging overcharges associated with mortgage foreclosures. He litigated with Caremark for more than four years to recover contract benefits for a former executive. At trial, the jury returned punitive damages against Caremark based upon representations made by its CEO, Richard Scrushy. In one of his most publicized cases, John was co-lead counsel in a derivative action on behalf of HealthSouth Corporation against its former CEO, Richard Scrushy, its investment banker, UBS, and others arising from the multi-billion dollar fraud at HealthSouth from 1996 until March of 2003.