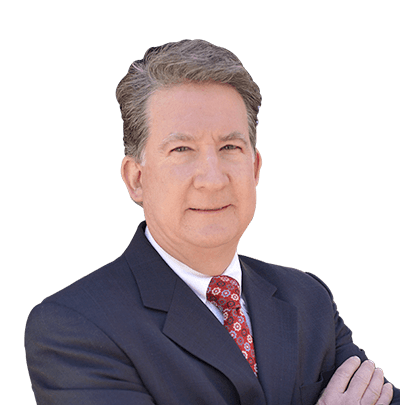 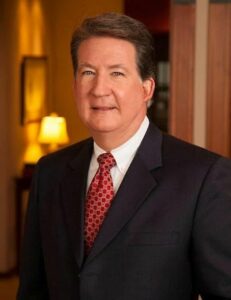 Michael Dwayne “Mike” Ermert of Vestavia Hills, Alabama, passed away on Wednesday, January 12, 2022, at the age of 60. Mike was born in Fort Worth, Texas, on June 17, 1961. He was the son of Mary Gayle Hargroder Ermert and Gene Oliver Ermert.

At a young age, Mike moved to Lake Charles, Louisiana, and fond memories of those years left a lasting imprint on his heart. During his elementary school years, his family relocated to Athens, Alabama. Mike graduated from Athens High School where he met and fell in love with Lori Ann Gordon. Mike married his high school sweetheart and they were truly devoted to each other for more than 38 years.

Everyone who knew Mike, knew of his deep love for his and Lori’s daughters, Margaret Alice Ermert Mottern and Anne Lauren Ermert. He was so proud of “his girls.”

Mike earned his B.A. degree in Communications from the University of Alabama. As an undergraduate, he was selected as Outstanding Junior in Broadcast and Film, Distinguished Military Graduate, and U.S. Army ROTC Scholarship Recipient. He belonged to Lambda Chi Alpha Social Fraternity and served as its President. He continued his lifetime involvement with the fraternity in various leadership roles.

After graduating, he was commissioned as an officer in the U.S. Army and rose to the rank of Captain. Using his communications degree, he served as the public information officer responsible for all media coverage of the U.S. Army Signal Center and Fort Gordon, in Augusta, Georgia. Among numerous military awards, he received the Meritorious Service Medal.

Upon completion of active duty, he returned to his beloved University of Alabama to study law. He was recognized as a Hugo L. Black Scholar, was on the Alabama Law Review and elected to Order of the Coif, an honor for those who graduate in the top ten percent of their class. Mike was also in the Order of the Barristers and proudly participated on the John A. Campbell Moot Court Board; National Trial Advocacy Team; Bench and Bar Legal Honor Society; Farrah Law Society and as a finalist in the1989 John A. Campbell Moot Court Competition. Mike was grateful to be the William G. West, Jr. Scholarship Recipient, Neal C. Newell Scholarship Recipient and to distinguish himself with the Dean Thomas W. Christopher Prize for Excellence in Wills and Trusts; Best Paper, Constitutional Law I, Damages and Decedent’s Estates; Outstanding First Year Advocate, Moot Court and Phi Kappa Phi Academic Honorary during his time at the School of Law.

Upon graduation from law school, Mike joined the Birmingham law firm of Hare, Wynn, Newell & Newton, LLP, and was a practicing attorney for over 30 years. During his career, Mike was a member of the Alabama State Bar; Birmingham Bar Association; Birmingham Bar Foundation Board of Directors; American Bar Association; Alabama Association for Justice; The American Association for Justice; Alabama Civil Justice Foundation; American Board of Trial Advocates and the Birmingham Volunteer Lawyers Program. He served in leadership roles in most of these organizations. Mike was also a much sought-after speaker at many seminars on various legal topics.

Mike loved being a lawyer, he loved helping people throughout his legal career, but also through his faith. While Mike was respected and admired for his many outstanding legal achievements, he was passionate about his many interests outside of his legal career, especially those which involved his church family.

Mike was a loving and devoted father to his daughters, Margaret Alice and Anne Lauren. He took great pride in them and enjoyed encouraging them in their various talents and activities.

Mike loved traveling with his family, and he spent many memorable weekends and summer days at the home on Smith Lake. Mike was very passionate in his love for Alabama Football. He attended many games, enjoying tailgate parties with family and friends at Bryant Denny, as well as memorable games on the road. He was an active member and past President of the Red Elephant Club.

As an avid golfer, Mike was a member of the Vestavia Hills Country Club, and a member of the “Hoofers” Saturday morning golf group the past fourteen years. He enjoyed walking the course, taking golf trips, and the wonderful camaraderie of the group. His passion for enforcing rules earned him the nickname “Deputy Dawg”. Mike was active in various community and civic organizations, including the Monday Morning Quarterback Club and the Downtown YMCA, where he served on the Board of Management.

As a faithful follower of Jesus Christ, Mike was a member of the Homewood Church of Christ for more than 30 years. For over a decade, he served on the Missions Committee. He taught Bible classes and served as leader of a major capital campaign. For over 27 years, Mike met on Friday mornings with a close group of men for Bible study, prayer, and encouragement.

The family would like to thank the medical staff of the UAB Cardio-Pulmonary Critical Care Unit for their professionalism and compassionate care of Mike during his illness. They also offer sincere appreciation for the countless acts of kindness, support and encouragement shown to them by so many friends throughout the past year.

The family will greet friends from 5-7 p.m. on Tuesday, January 18, 2022 at Ridout’s Southern Heritage Funeral Home in Pelham, Alabama. On Wednesday, January 19, 2022, the family will greet friends from 10 a.m. to 12 noon at Homewood Church of Christ, immediately followed by A Service of Remembrance for Mike at 12 noon at the church. The gravesite committal service will be at 2 p.m. on Wednesday, January 19, 2022 at Alabama National Cemetery, Montevallo. Bret Walters will officiate at all of the services.

For those unable to attend, the 12 noon service on January 19 at Homewood Church of Christ will be livestreamed at http://homewoodchurch.org/livestreamsermons/special-events-livestream.

In lieu of flowers, the family requests memorials to the Homewood Church of Christ Missions, 265 W. Oxmoor Road, Birmingham, AL 35209 and the Michael and Lori Ermert Endowed Scholarship at the University of Alabama School of Law.

How to Help Your Teen Become a Safe Driver

What Are the Most Common Causes of Head-On Collisions in Birmingham?

Dram Shop Lawsuit in Alabama: Are You Responsible for Minors Drinking at Your Home?

When to File a Lawsuit for a Chemical Burn