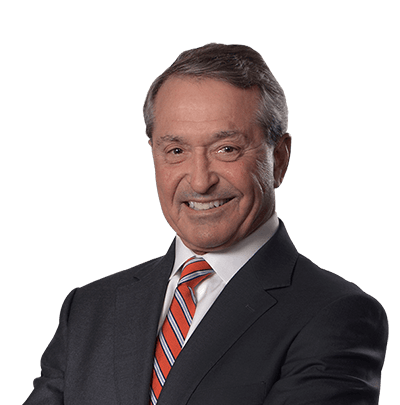 Attorney Alva Caine has been with Hare, Wynn, Newell & Newton since 1971 and now serves as Of Counsel for the firm. He was admitted to the Alabama Bar in 1970 and has worked in several practice areas including product liability, contract disputes, and catastrophic injury. He has many years of legal experience under his belt, but his background as a Harvard graduate and his service as an officer in the Unites States Army truly sets him apart.

Shortly after earning his bachelor’s degree, Alva served three years of active duty in the United States Army. He was commissioned a Lieutenant, serving at Fort Rucker as an aviator and army helicopter instructor pilot. During his tour of duty overseas, he was promoted to captain while stationed at Camp Casey, Korea with the 7th Aviation Battalion of the 7th Infantry Division.

Alva is a scholar and a gentleman, inside and outside of the courtroom. He is a well-rounded trial lawyer and brings much experience, perspective, and success to the firm.

Raised on a farm in Safford, Alabama, Alva is an alumnus of the Harvard School of Law where he earned his post-graduate Master of Laws degree in 1971. As an undergraduate, Mr. Caine was educated at the Marion Military Institute (A.A., 1961) and the University of Alabama, receiving his Bachelor of Science degree in 1964.

In 1972, Alva authored “Termination of Franchise Agreements—Some Remedies for Franchises Under the Uniform Commercial Code” for the Cumberland Law Review.