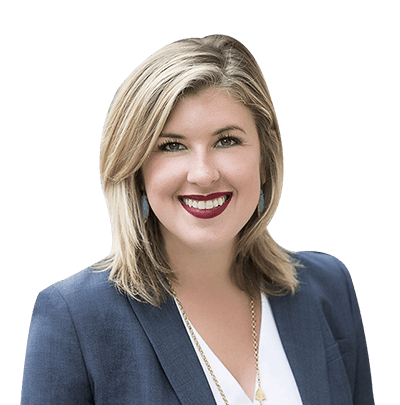 Randi’s path to law started at the University of Alabama where she graduated with a degree in Communication Studies. From there she moved to Montgomery, Alabama, and worked as a clerk while in law school at Thomas Goode Jones School of Law at Faulkner University. Upon graduation, she joined Hare Wynn in September of 2015.

As an attorney at Hare Wynn, her practice has been focused on the False Claims Act. She currently has cases filed in Alabama, Florida, Georgia, Mississippi, Tennessee, and Kentucky.

Randi serves on the junior board of United Ability, which provides innovative services connecting people with disabilities to their communities and empowering individuals to live full and meaningful lives. She also serves on the Birmingham Bar Association’s Young Lawyers Executive Committee and on the Taxpayers Against Fraud Young Lawyers Division. She is a member of Class 11 of Birmingham Bar’s Future Leader’s forum and is an active member of the Alabama Association for Justice Emerging Leaders.

Randi is married and loves traveling, playing golf, and spending time with her three dogs.

After graduating from the University of Alabama with a B.A. in Communication Studies, Randi received a scholarship to the Thomas Goode Jones School of Law at Faulkner University in Montgomery, Alabama. While in law school, she served as an Articles Editor for the Faulkner Law Review, was a member of the Board of Advocates, and was selected to serve as a Dean’s Fellow. Randi was a member of the Moot Court Team and was awarded Best Petitioner Brief at the 2014 August A. Rendigs Products Liability Moot Court Competition. While a student at Alabama, Randi’s passion for helping others led her to work with preschool children at the University’s Brewer Porch Children’s Center in their Autism Intervention program in Tuscaloosa.

Don McKenna: Whistleblower Q and A